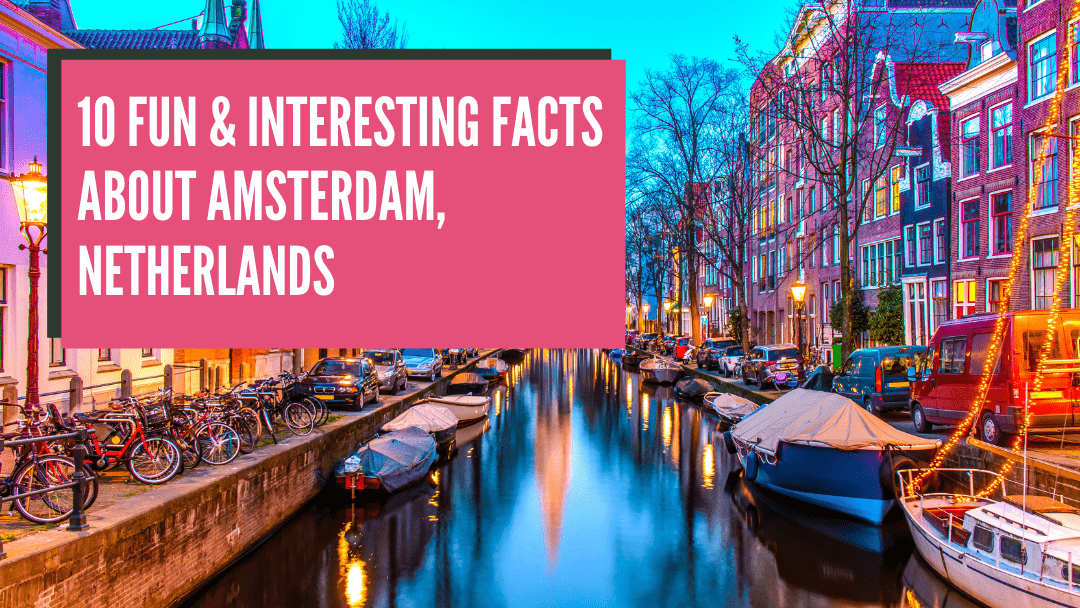 Amsterdam used to be a small fishing village located behind a dyke/dam which was used for protection from the water from the Amstel river in the 13th century. It was located at the lade of the Amstel. Amsterdam was named Amselredam, after the dam in the Amstel river.

2. Amsterdam is built on poles

Amsterdam is built on 11 million poles and it is a meter below sea-level. An average house needs about 10 poles to be supported and usually, poles are wooden and 15-20 metres long.

There is a floating flower market in Amsterdam that was created in 1862 and is now the most famous in the Netherlands.

There is an animal shelter in Amsterdam for cats that is a boat.

5. Are you hungry or thirsty?

Amsterdam has 1515 cafes and bars.

Amsterdam has more than 1200 canals and these are more even from Venice.

Amsterdam is visited than around 14 million tourists per year.

8. A huge variety of activities

There are 40 parts in the city, which makes it great for walks and relaxing.

Amsterdam became the capital of the Netherlands only in 1983 officially and before that it was thought of as the capital but it was not official.

10. How many cyclists are there in Amsterdam?

Research conducted shows that there are 847,000 bicycles in Amsterdam even though there are only 442,693 houses. This means that every household has almost 2 bikes (1.91).

How You can travel to Amsterdam

How to save money on a trip to Amsterdam?

What is the best month to go to Amsterdam?